I got my hands on a GPS accessory recently that I’m quite impressed with. Rec-Mounts is a Japanese company that makes TONS of mounting accessories for lots of applications. They sell some of their products on Amazon, thankfully, because it looks like ordering through their website directly could be difficult.

Their products are top notch.

I started out with their Type 10 stem spacer mount. Couple things I like about the products this company makes. Namely, their modularity. They use a number of fairly standard mounting systems so a lot of their stuff is interchangeable. The Type 10 mount has a GoPro adapter as the adjustable pivot. So I can pull the 1/4 turn adapter off and put something else there to mount a different computer. 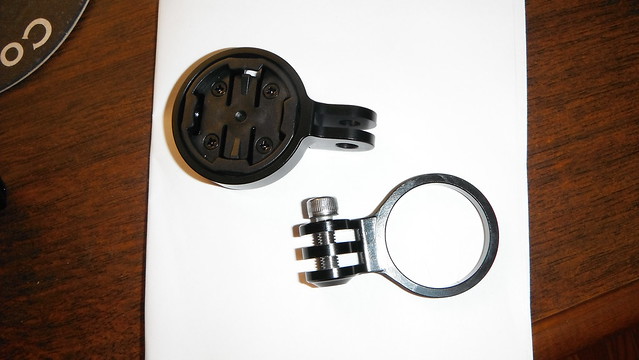 Their 1/4 turn mounting system is a 4-tab system that’s compatible with Garmin’s. They sell their own adhesive male mounting tab that you can essentially stick on anything to use their mounts.

Of particular use for me was the fact that you can change mounts. So while I started with a Type 10, I combined it with their eTrex/Oregon mount with the GoPro adapter so I could use my Oregon 450 when I want. 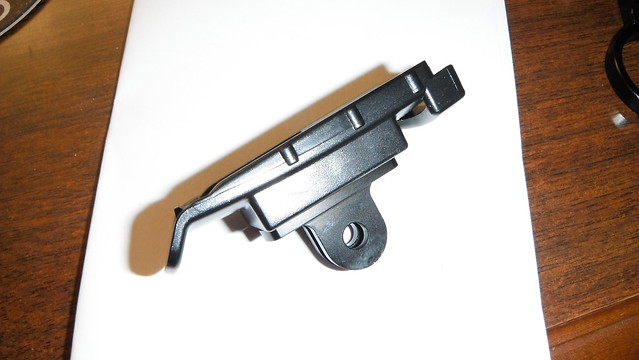 You’ll see 4 screws on their 1/4 turn adapter. Only two of the tabs engage with Garmins securely. So depending on which computer you use, and the orientation of the mount, you may have to rotate the adapter. For example, the tabs on the Garmin Forerunner 310XT adapter are 90 degrees different from those on the Edge series. It’s a pain, but it is what it is.

Now, for fitment. On my Bucksaw, I use a stubby stem with a little rise. I had to use a spacer underneath the Type 10 so it wouldn’t interfere with the stem. Kindof annoying, but easily addressed. 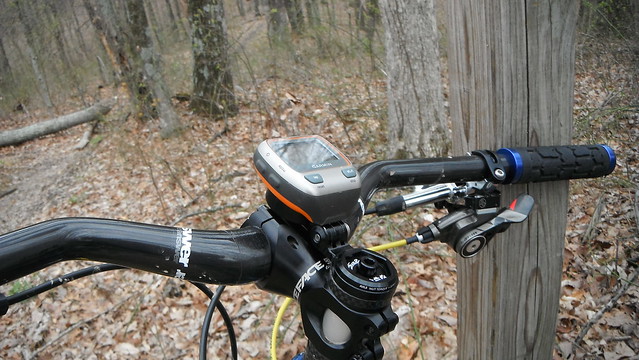 It holds my Forerunner 310XT in a great spot, and plenty securely.

Switching to the eTrex/Oregon adapter is where the extra stem spacer makes it a little annoying. 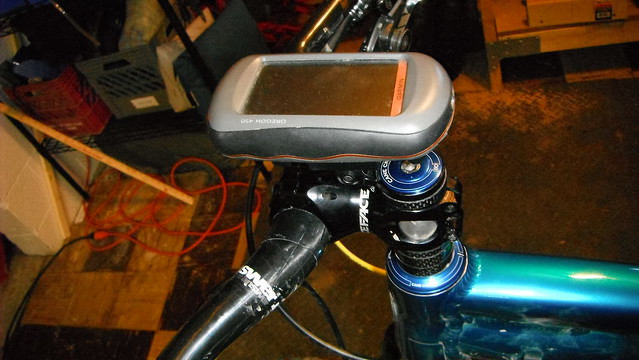 Because of that height, I’ve really avoided using it. The mount holds my Oregon really well. But putting it above my stem just doesn’t work that well.

I’ve been using the mount with my Forerunner quite a lot, though. A few hundred miles all told so far. Some of which on some pretty gnarly terrain. 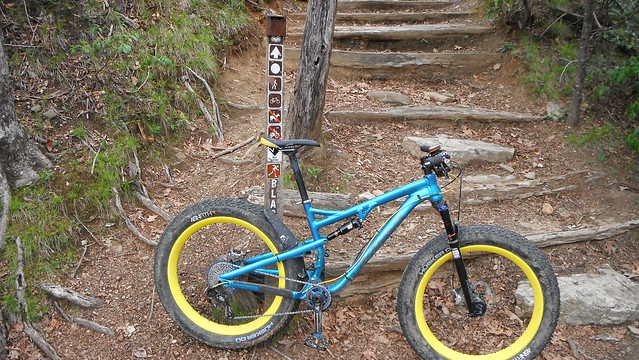 If you’re having trouble with a very specific mount application, Rec-Mounts is definitely worth a look. One major drawback is that they’re in Japan and shipping can suck. Some of their products on Amazon are eligible for Prime shipping, but not all of them. Those that don’t are going to be a bit over $14. The mounts themselves are a little bit pricey, so unless they’ve got a very specific application you’re looking for that you can’t get elsewhere, it might be worthwhile to consider a different company like maybe K-Edge.